According to a 21 October ruling by the Budapest Metropolitan Court on an application filed by the Transparent Education blog, the biggest Hungarian university, Eötvös Loránd University (ELTE) is being ordered to release the name of members of the Student Union of the Faculty of Law who received "public service scholarships" and bonus payments for their participation in the student government. The university will also have to release the exact distribution of the public service scholarships and the bonus payments, the latter of which amounts to a total of HUF 770,000 (€2,600) a month. According to the ruling, all information between 2009 and 2012 will have to be disclosed. The university can appeal the ruling. 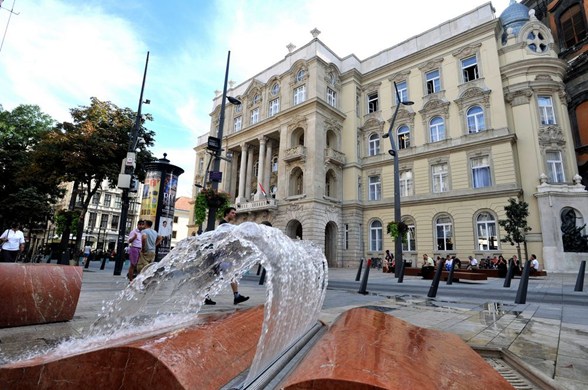 Most of the student unions pay salaries or “public service scholarships” as a compensation for the huge amount of work their functionaries do. For example the student union of the Law Faculty of Eötvös Loránd University (ELTE), the biggest Hungarian university pays around €270 per month to its chairman and €140-170 per month to other functionalities. These salaries were  made public only after a freedom of information request.

This student union also has a bonus budget of around €2,600 per month (the latest data we have are from 2011) to reward the good work of its functionalities or other students who helped the work of the student union. The distribution of these bonuses is totally secret. It is impossible to know the recipient or the amount of money. It bears a high risk of corruption since the student union is free to determine who to reward with the money and there are no limitations or exact guidelines on this. However, as the student union spends public money on bonuses and salaries, it should be public.

In April 2012, G. Szabó Dániel, one of the bloggers of Átlátszó Oktatás (Transparent Education) and a student of the Faculty of Law of ELTE submitted a freedom of information request to the university and to the student union asking the exact amounts of salaries and bonuses, their date and the name and title of the beneficiary. The student union of the Faculty of Law did not answer for the request, and the university declined it by claiming that the salaries (“public service scholarships”) and the bonuses are private data.

The authority’s decision is not obligatory. Therefore ELTE had the right to refuse to follow the order, and did so. At the end of 2012, with the legal representation of the Hungarian Civil Liberties Union, Dániel filed an application against ELTE to force it to make the data public.

According to a court ruling handed down on Monday 21 October 2013, ELTE will have to release the name of members of the Student Union of the Faculty of Law who received "public service scholarships" and bonus payments for their participation in the student union. The court agreed with the authority and ordered the university to disclose only the bonuses sent to functionalities of the student union.

According to the ruling, all information between 2009 and 2012 will have to be disclosed. Since the freedom of information request was filed in 2012, only data before this date can be dealt with in this decision. The university can appeal against the ruling in which case the data will not yet be made public. The authority intervened in the court procedure in the side of the blogger to help his case.

Importance of the case

There have never been before any freedom of information case against any student union in Hungary. Student unions spend a considerable amount of public money every year, for example the student unions of the faculties of ELTE dispose of more than 420,000 euro in a year, and this amount is millionsof euros countrywide.

The student unions often refuse freedom of information requests. This case will set a precedent for the accountability of student unions and boost the transparency of their management.

Átlátszó Oktatás would like to thank the help of the authority and for the Hungarian Civil Liberties Union for the pro bono legal representation that they provided.